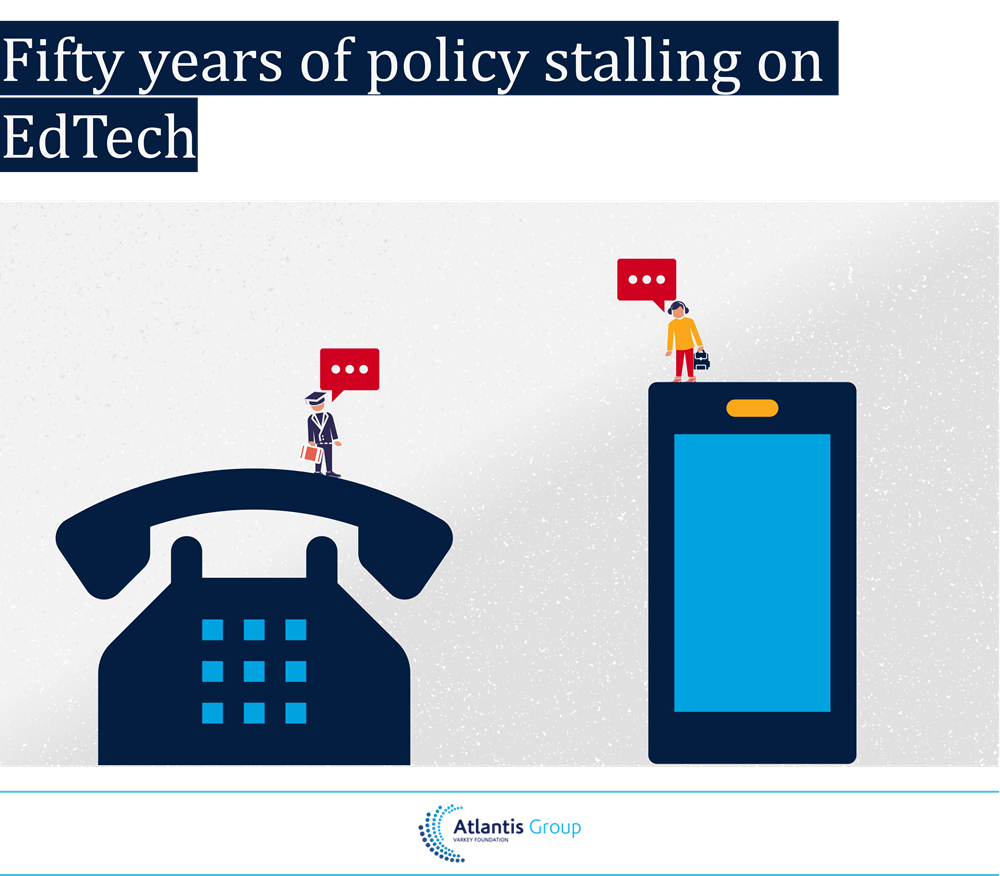 By Vikas Pota, Chair of the Board of Directors of the Varkey Foundation and Group Chief Executive of Tmrw Digital

IT’S NO easy job to predict the future. But half a century ago, the Foreign Policy Association asked a group of experts to try anyway. The results were published in a 1968 book called “Toward the Year 2018”. One chapter is by Anthony G. Oettinger, a renowned Harvard professor of applied mathematics and computing pioneer who advised the Apollo programme. It’s entitled “Educational Technology.”

Much of what Professor Oettinger thought EdTech would look like in 2018 is eerily prescient. Over 50 years ago, he imagined a world in which technology would give anyone, anywhere “…ready access to libraries and their books, [and] to videotape or film libraries containing lessons on specialized topics”. By 2018, he thought, teachers would also have a variety of educational technology tools, to be used variously for “dictionaries, thesauri, currency-conversion tables, war games, peace games, and the like.” He wondered broadly whether educational technology would allow “under-developed countries” to take a shortcut through “the rocky Western road to literacy and universal education.”

Policy-makers of the time shared the optimism. In 1964, US President Lyndon Johnson predicted that technology would advance teaching more in 10 years than all of the progress made in the 19th Century. It would also, he promised solemnly, “open new horizons for young people, to equip them for the opportunities and the responsibilities of their time.”

Professor Oettinger was confident that education would look very different in 50 years’ time. But he also knew that system change happens slowly. Ten years from 1968, he predicted, education would still continue “pretty much” the same. Professor Oettinger helped to put a person on the moon, and wrote his first published paper on artificial intelligence. But he was still wrong. In 2019, education still continues throughout much of the world pretty much the same as it did back in 1968.

There’s no question that today’s technology is incredibly powerful. We now carry around more number-crunching power in our smartphones than the computers that drove the Moon landing. But the classroom of 2019 still looks very similar to that of 1968. The pencil is still, by some margin, the most ubiquitous piece of technology in a school. A good teacher is still its most irreplaceable resource.

And learning technologies are still an afterthought. Today, just a handful of the world’s governments have anything resembling a working EdTech policy. Examples of best-practice are few and far between. The political narrative about technology in education is worryingly similar to that of 50 years ago. Real change, we are told, is always just 10 years away.

Our world does not have another 10 years to get it right. The last half century has delivered unprecedented access to education for children around the world. But this global progress has not delivered quality of education. Today, over 617 million children and young people are not achieving the minimum proficiencies in reading or mathematics, according to the UN’s education agency, UNESCO. Over 263 million more are out-of-school. Educational technology may not be the whole solution to this global learning crisis. But it is an important part of the puzzle.

It’s no secret that education policymaking struggles to keep up with the pace of technology. But it shouldn’t stand still. EdTech aside, the experts who in the 1960s and 1970s imagined that digital technology would change the world have been definitively proven right – although few realistically imagined that artificial intelligence would have such an impact on business and industry. Around the world, major industries and business have now spent decades preparing for a future that they know will be dominated by tech.

Ministers of education desperately need to start doing the same. The answer won’t be found just by putting more computers in classrooms.  Instead, ministers need to address the political obstacles that too often prevent EdTech from succeeding. Rather than pushing more tech on teachers, policymakers need to focus on the educational changes they want to see in the classroom, and think carefully about how learning technologies can deliver them.

Fifty years ago, our world believed that technology could transform education for the better. It’s time to make good on that belief.