Teachers are held in high esteem across Asia, but Latin America is a different story 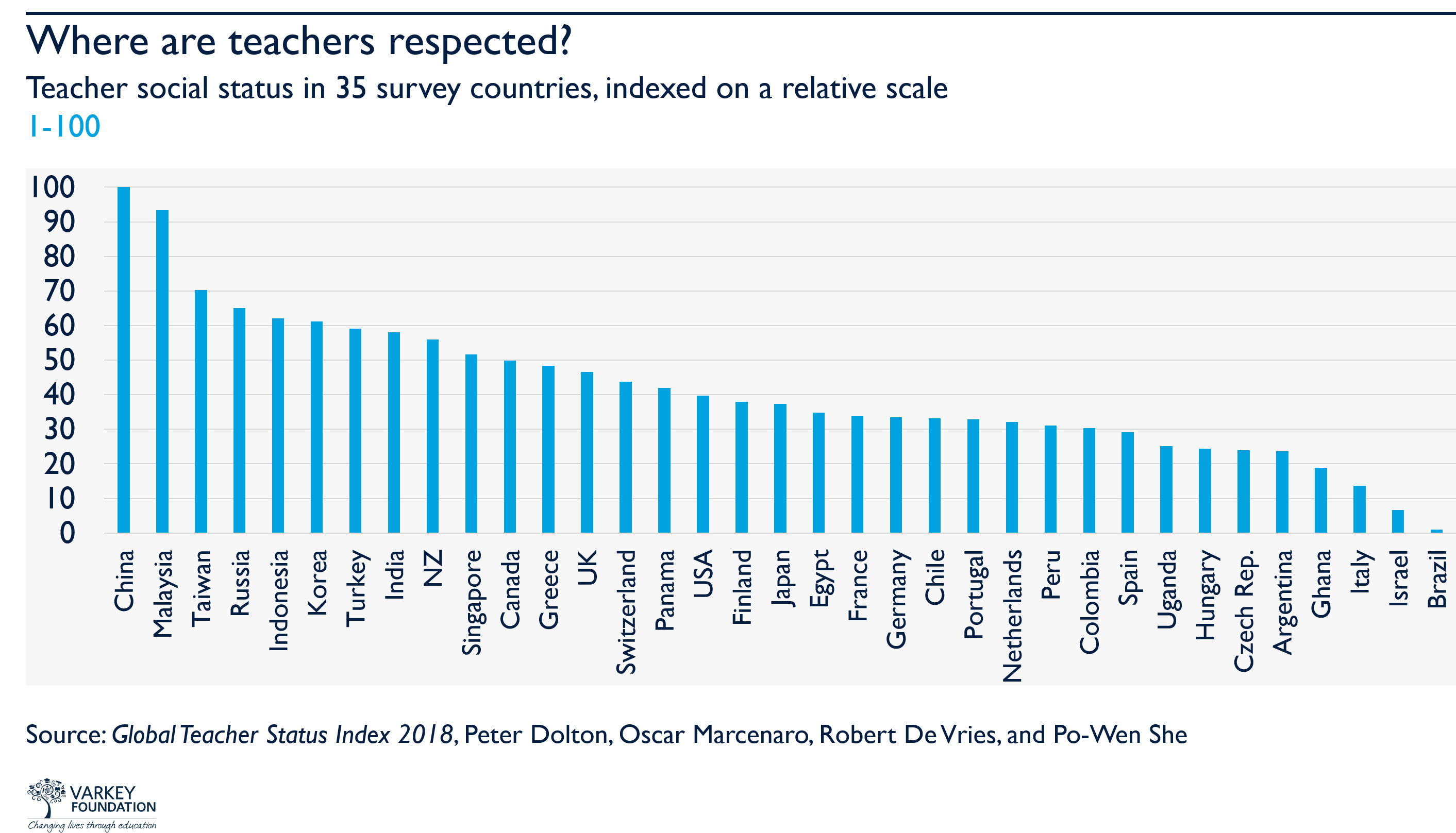 What does respect for teachers look like across the world? Groundbreaking research commissioned by the Varkey Foundation has examined the social status of teachers in 35 countries.

The Global Teacher Status Index, published in 2018, looks at the general public's views of teachers in different countries, including countries with high-performing education systems as well as major developing economies in Asia and Latin America.

The research, based on the views of 1,000 respondents in each country, found that the Asian nations of China, Malaysia, Taiwan, Indonesia, Korea and India rank higher in terms of teacher status than every European country and every Western nation - including the US, New Zealand and Canada. Teacher status ranked poorly across Latin America, most significantly in Brazil where respondents placed teachers last in a list of respected professions.

The research also found in 28 of the 35 countries surveyed, teachers are being paid less than the amount people consider to be a fair wage for the job. In addition, respondents in all but six countries polled underestimated - often considerably - the number of hours teachers work per week.