Key data: Teaching is not a respected profession

When it comes to ranking respect for jobs worldwide, classroom teachers come close to last 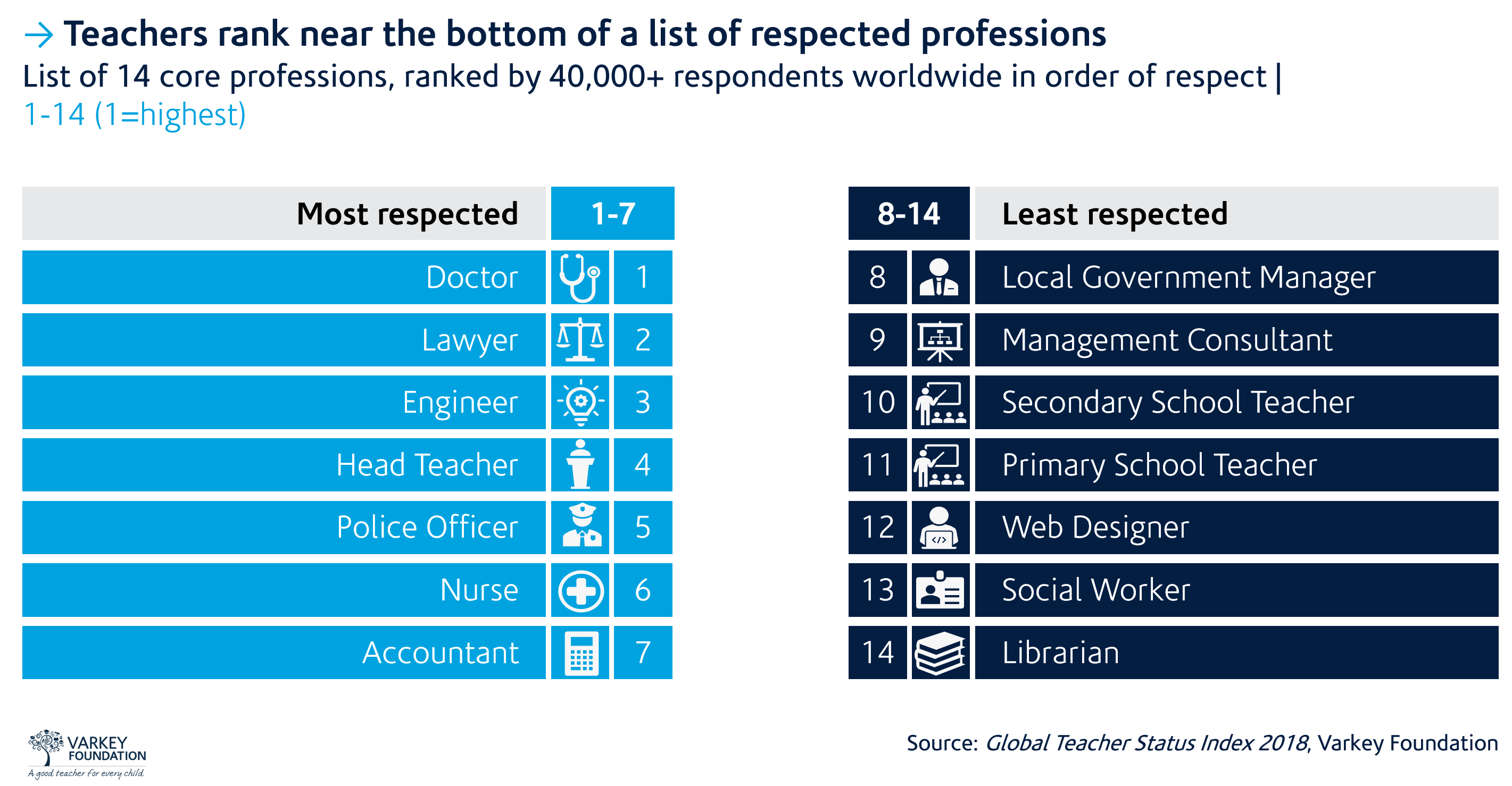 What does respect for teachers look like across the world? Groundbreaking research commissioned by the Varkey Foundation has examined the social status of teachers in 35 countries. The Global Teacher Status Index, conducted by Populus and researchers at the UK-based National Institute of Economic and Social Research, polled 35,000 people and a further 5,500 teachers on their attitudes toward the teaching profession. By asking respondents to rank their respect for teachers against other professions, the researchers were able to build an index of teacher social status. Published in 2018, the findings represent the most comprehensive study ever of respect for teachers around the world.

Classroom teachers placed near the bottom of a list of 14 respectable professions, as ranked by respondents. Primary and secondary school teachers ranked 10th and 11th in the list of respected professions, above web designers, social workers and librarians. School leaders ranked 4th overall, behind doctors, lawyers and engineers. The research also made clear that teacher social status can change over time. Respect for teachers in 2018 was moderately higher than in 2013, when the Varkey Foundation first published global polling on the issue. 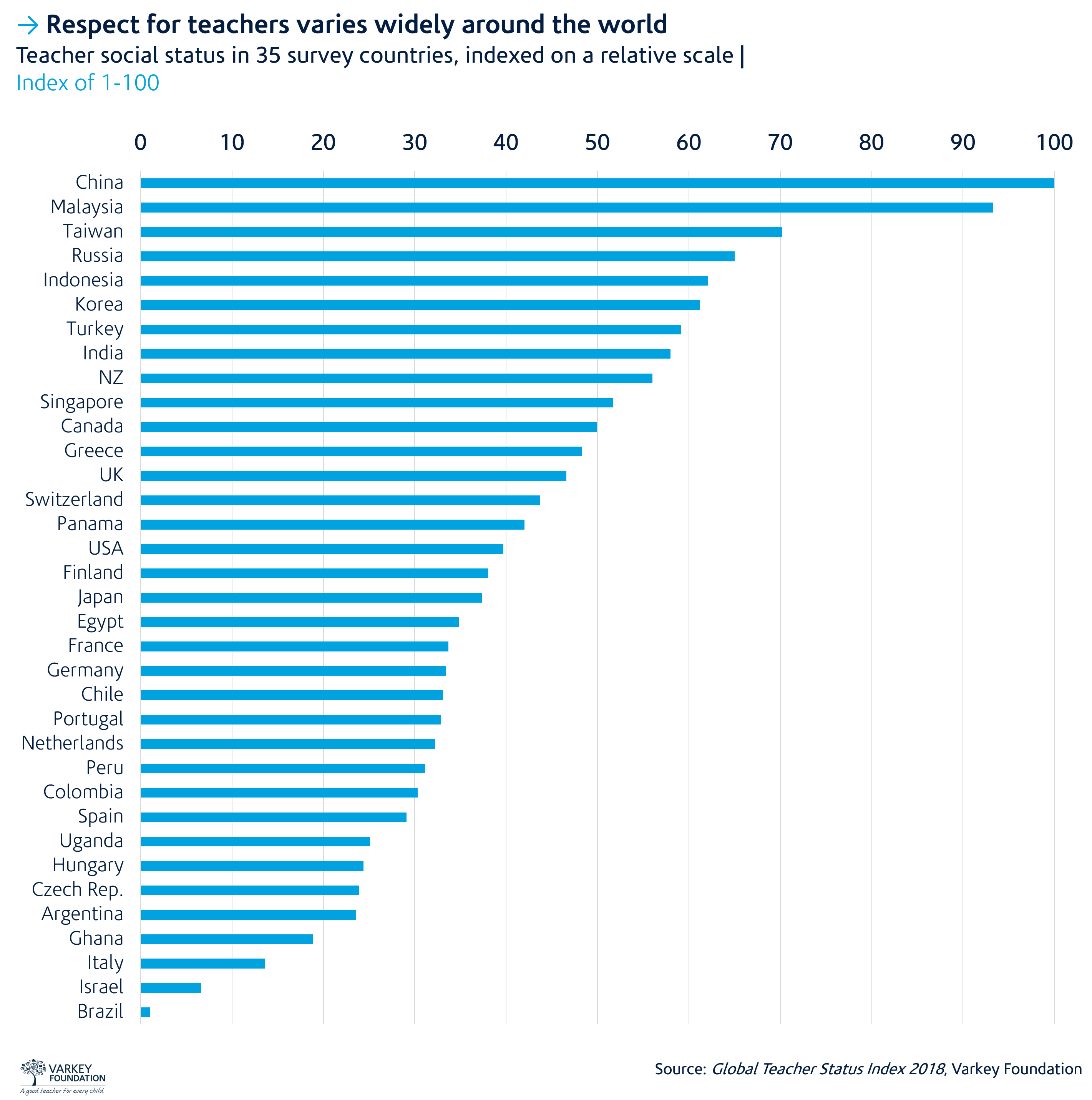 There are significant differences in the social status of teachers between countries. In general, teachers appear to enjoy a higher social status in Asia than they do in Europe or the Americas. The major developing economies of China and Brazil are at the highest and lowest ends of the Global Teacher Status Index.

PHOTOGRAPH BY THE VARKEY FOUNDATION