Key data: This is what parents think of schools

Banner: A family plays at home

Less than half of the world’s parents rate their country’s schools as good. International standardized testing tells a more complicated story 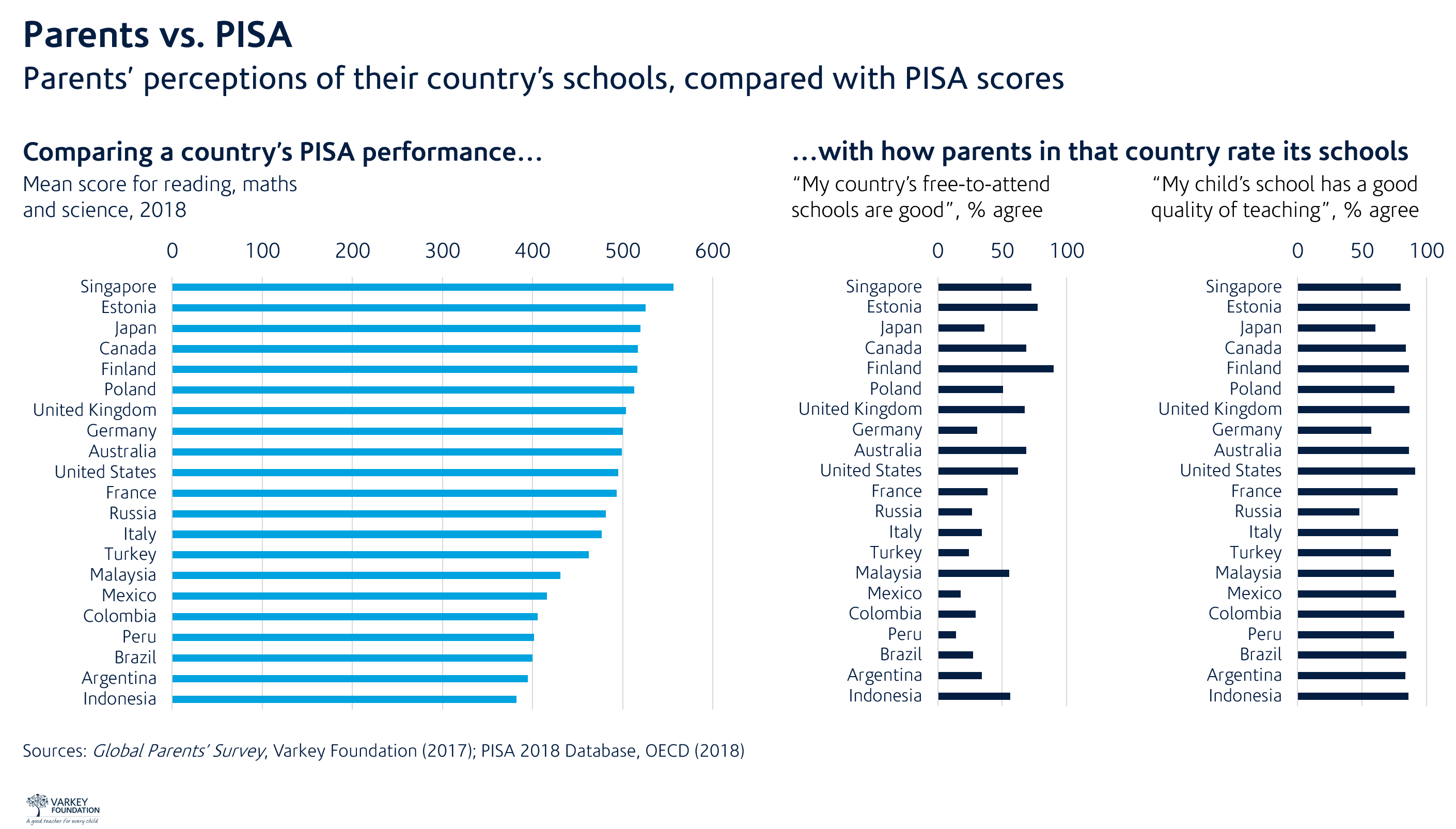 “What a wise parent would wish for their children, so the State must wish for all its children,” the British historian RH Tawney once wrote. Research by the Varkey Foundation, however, suggests that few parents think that the State is doing a good job of their children’s schooling. Just 45% of parents polled by the foundation in a global survey in 2018 rated their country’s free-to-attend schools – public schools run by the State – as good. The majority of parents surveyed rated their country’s schools as either poor (24%) or neither good nor poor (30%). (A small remainder said they didn't know.)

The Varkey Foundation poll, which surveyed over 27,000 parents in 29 countries, found little to no correlation between what parents thought of their country’s schools and how students in their country performed in PISA, the international standardized test for 15-year olds. For example, while students in Japan scored highly in the latest round of PISA, just 36% of Japanese parents rated its free-to-attend schools as good (notably, private after-hours tutoring is very common in the country). Conversely, students in Indonesia performed well below average in PISA – even though 56% of Indonesian parents rated the country’s schools as good.

A country’s PISA performance, of course, is far from the only barometer of whether its schools are good or not. A wide variety of factors inform what parents think about the schools in their country. But the Varkey Foundation’s research does point to the need for policymakers and researchers alike to keep parents involved in the education debate. And there are cases where a country's PISA performance has swayed public opinion. Germany’s under-performance in the PISA rankings published in 2001, for example, was an impetus for greater spending and wide-ranging reforms. As governments today grapple with how and when to reopen schools amid the continuing COVID-19 pandemic, parents remain a vital partner.