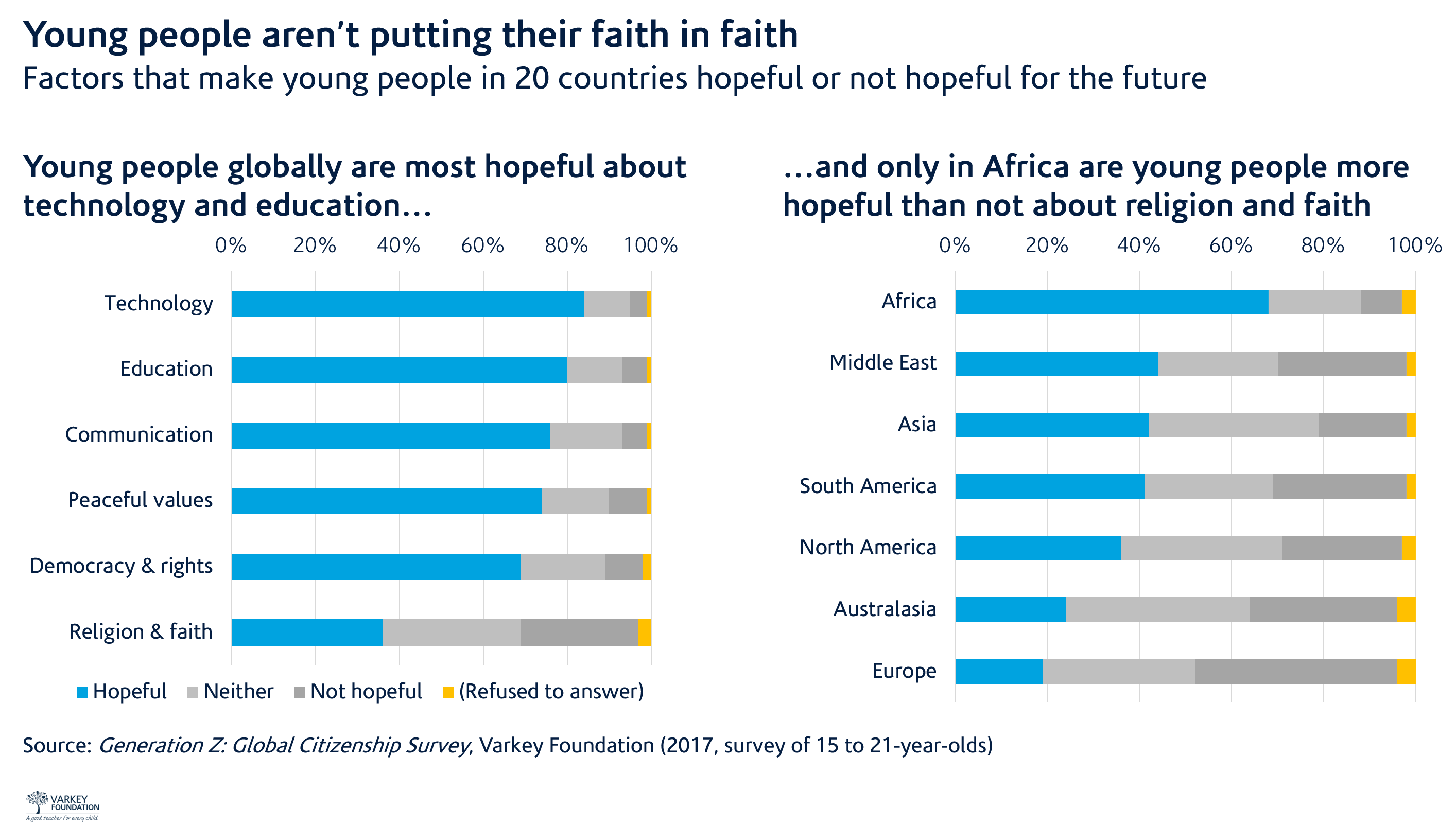 When it comes to the future, young people are putting their faith in technology, not religion. Research by the Varkey Foundation has found that while eight in 10 young people say that advances in technology give them hope for the future, only about one in four say the same about the influence of religion and faith.

The findings, first published in 2017, are part of a comprehensive survey commissioned by the Varkey Foundation into the attitudes of young people which polled 20,000 15 to 21-year-olds in 20 countries. The survey found young people to be largely hopeful about the major socio-economic factors reshaping global society, from advances in technology and telecommunications, to rising education levels and the spread of democracy and human rights. Across the world, young people overwhelmingly singled out technology, including advancements in the fields of medicine, renewable energy and computing power, as the one factor that made them most hopeful for the future.

Young people’s attitudes toward religion and faith were also shaped by the education level of their parents. Just 36% of young people whose parents had attended secondary school said that the influence of religion and faith gave them hope for the future, compared with 49% of young people whose parents had only attended primary school. Young people, then, may well have hope for the future – but this is not well matched by their hope for religion.