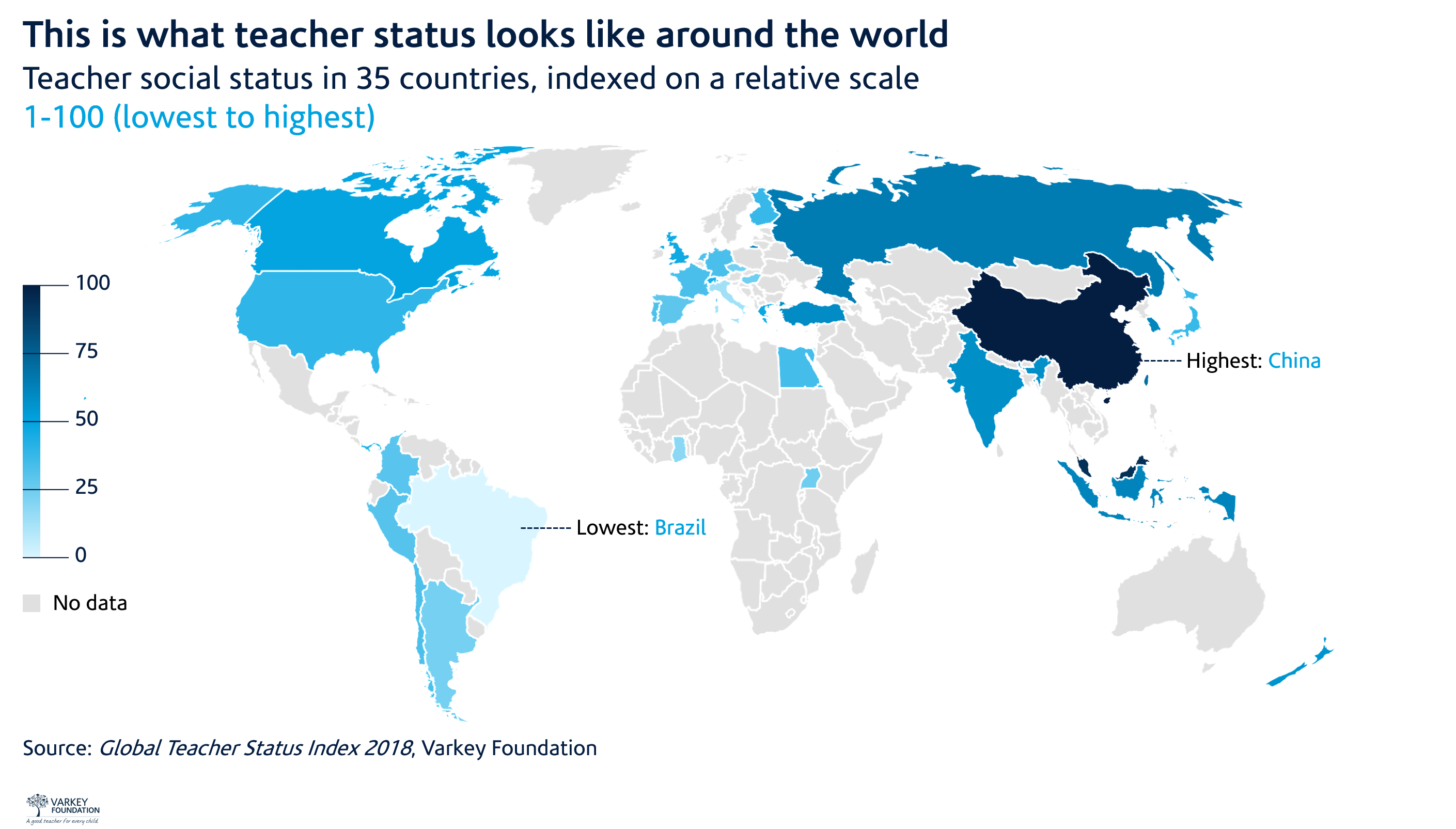 No country can do without teachers. But today, good teachers are in poor supply. The UN's education and culture agency, UNESCO, has estimated that 69 million more teachers will be needed worldwide by 2030. But despite this, classroom teachers appear to enjoy only modest social status when compared with over professions. In fact, research by the Varkey Foundation has shown that respect for teachers varies dramatically from country to country.
The research into the social status of teachers, first published in 2018, documented major differences in how the general public in different countries respect the teaching profession. The study, based on the views of over 40,000 people in 35 countries, found little global agreement on the standing of teachers in society - and uncovered polarizing differences between regions.
A team of researchers, led by Professor Peter Dolton at UK-based National Institute of Economic and Social Research, used the survey data to construct the world's most comprehensive index of teacher status. The index showed that teachers in Asia appear to enjoy significantly higher levels of respect from the general public than their counterparts in the West or Latin America.
Most striking was the difference between the giant economies of China and Brazil, whose teachers respectively occupied the highest and lowest places in the social status index. The findings may point to significant differences in how the general public in these two countries, which will shape the global politics and economics of the 21st Century, view both their teachers and education systems.