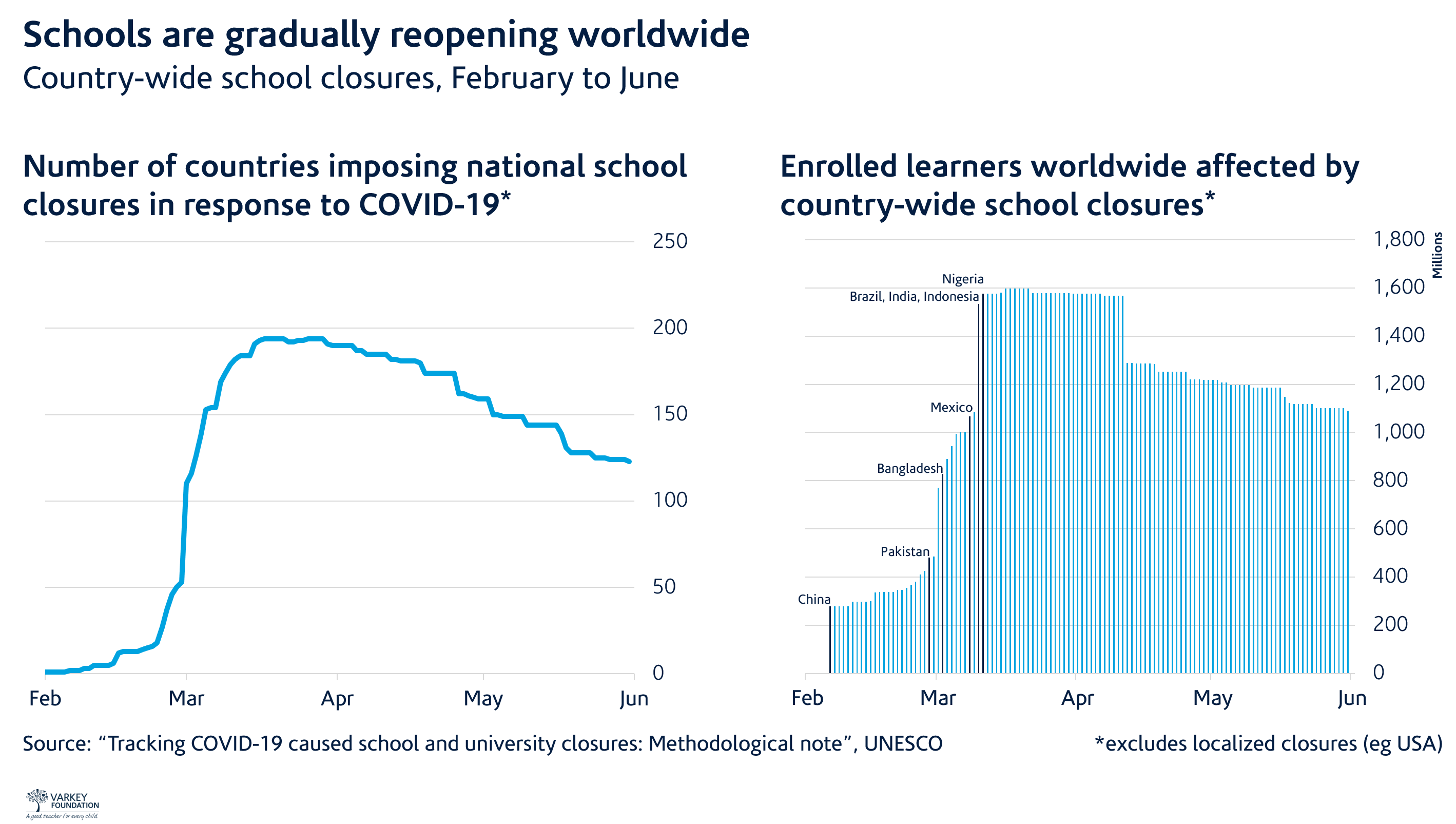 Around the world, schools are beginning to open their doors to students once again. Data published by UNESCO’s education sector show that governments are gradually easing the country-wide school closures imposed to check the spread of COVID-19.
The data, which track national school closures country by country, show the frightening speed at which the global pandemic disrupted education around the world earlier this year. The majority of the world’s most populous nations shut down their school systems in the space of just a few weeks at the beginning of March.
The national shutdowns have been unprecedented in scope and scale. By April, UNESCO’s data show that the country-wide closures were affecting nine in 10 learners globally. Today, the organization estimates that these closures are still affecting 60% of the world’s student population. That’s over a billion learners still shut out of the classroom by COVID-19 and the measures intended to contain it.